Waffles is a 2 year old Belgian Malinois. He was found wandering the streets in nearby Ventura, California and picked up by animal control officers. When his owner couldn’t be located, he was taken to the Ventura County Animal Services shelter in Camarillo. He was adopted and returned to the facility twice. Upon his return, each family reported to the staff that he was “too much to handle”. He was noticed by the National Disaster Search Dog Foundation recruiters who felt that he had all of the innate building blocks for work in the disaster search world. Focusing his athletic abilities and his wild drive for a toy was the goal. After an initial assessment at the training facility, he was accepted into the program where he was a quick study.

He was paired with Captain Eric Gray in September of 2019. Waffles will be Captain Gray’s second search canine partner. Riley (a yellow Labrador) was paired with Capt. Gray in 2008 and retired from service in January of 2019. Waffles, like Riley, is live-scent disaster search canine. He will look for live victims following man-made or natural disasters. They will respond to regional, national and international disasters as requested. 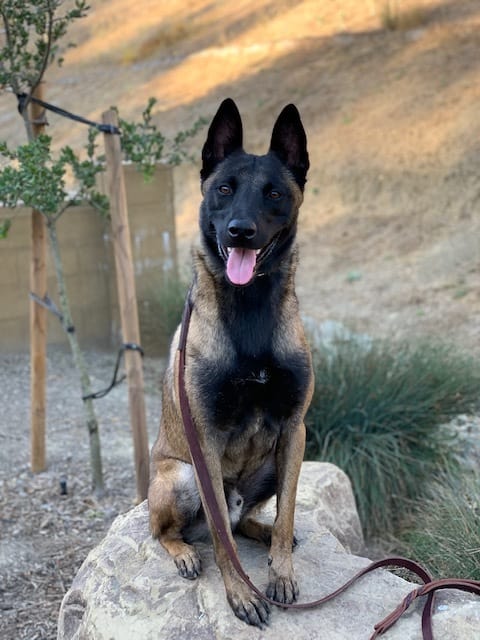